Thyroid function is quickly becoming an often-discussed topic both in health and wellness circles and among the general population. It seems as though more and more people are experiencing thyroid dysfunction of some sort. Whereas in the past this was not the case, most people probably know someone who has struggled or is struggling with hypothyroidism; hyperthyroidism; autoimmune thyroid disorders such as Hashimoto’s thyroiditis and Grave’s disease; or what has come to be known as sub-clinical hypothyroidism. Needless to say, thyroid function is definitely something that needs to be discussed.

What Exactly Does the Thyroid Gland Do Anyway?

The thyroid is a gland located in the neck just below the Adam’s apple. It secretes hormones that are responsible for metabolism, growth, and development.

What are Some Symptoms of Thyroid Disorders?

Some symptoms of an underactive thyroid gland (hypothyroidism) include:

Some symptoms of an overactive thyroid gland (hyperthyroidism) include:

Of course, not everyone with these symptoms has a thyroid disorder and there are additional symptoms that are likely to arise if a person is experiencing thyroid gland dysfunction, but if you’re experiencing a few or more of these symptoms, you should definitely see a doctor to run the appropriate tests.

In this hypothetical example, you’ll find a simplified version of the process: Ashley’s TSH is at 2.40 uIU/mL. Her brain is sending that TSH to the thyroid expecting a certain amount of thyroid hormone (T3 and T4) to be produced and a certain amount to be released. When the message (TSH) arrives at Ashley’s thyroid gland, her thyroid makes and releases hormones. Her brain then receives feedback based on the amount of circulating thyroid hormone. The brain, recognizing that Ashley needs more thyroid hormone in circulation, increases the amount of TSH that is being sent to the thyroid gland in an attempt to increase T3 and T4, and then analyzes the feedback.

If Ashley’s brain concludes that she needs more thyroid hormone and continues to increase her TSH until it goes outside of the normal range, say to 5.00 uIU/mL, we say Ashley has primary hypothyroidism.

Why Does TSH Alone Provide an Inadequate Picture of the Thyroid Gland’s Function?

The TSH alone does not provide a complete picture of the health of the thyroid gland.

The first reason is that the “normal” value for the TSH is actually a range. This means that if, for example, your TSH has been at 2.00 uIU/mL for many years, and this is the value that is normal for you, it could actually slowly climb to 4.30 uIU/mL, a 2.3-point difference, and still be considered “normal,” even if it isn’t the value at which your body normally operates. In the meantime, you may have begun to feel more tired or experience some other symptom(s) of hypothyroidism, all while having a TSH that is considered “normal” by the majority of the medical community.

The second reason why the TSH alone does not provide a complete picture of thyroid function is that your body is able to compensate for quite some time before the TSH actually begins to be affected. For example, a while back a patient came to me with a textbook-perfect TSH. No medical practitioner would suspect a thyroid problem looking at her TSH value. Her family history and her symptoms, however, indicated that more detailed labs were in order. When I received her lab results, there was a high number of thyroid autoantibodies present. Her body was essentially attacking her thyroid through an autoimmune process. Because she was in the early stages of the autoimmune process, her body had been compensating. Her TSH was still within the normal range in spite of the fact that her thyroid was essentially being destroyed.

When it comes to thyroid dysfunction, the earlier a problem is uncovered, the easier it is to treat and potentially correct. If I had chosen to run a TSH alone on this patient, we would not have uncovered the underlying cause of her symptoms when we did and her autommunity would have likely been much more difficult to address later on. Again, this is another reason why it’s so important not to draw conclusions of thyroid gland function based on TSH alone.

What I Do In My Private Practice

As a part of my initial screening labs, I include TSH and other markers of thyroid function. I’ve found that, at the minimum, the labs that I run on every individual give me a good overall picture of thyroid health. There are also other thyroid labs that are useful in specific cases. I run those as well when indicated, but I make those clinical decisions on a person-by-person basis.

If you suspect that you may be experiencing thyroid dysfunction of some sort and want to look deeper into the cause of your symptoms, contact a knowledgeable functional medicine doctor to get the help you need and deserve. 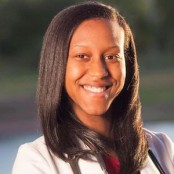